As showed in their website, their technology is as followed

Their technology is summed up i the following image

Please be note that they DO NOT BUILD AND SELL camera. They offer machine learning solution which use images taken from color sensor and panchromatic sensor to create very high resolution image. 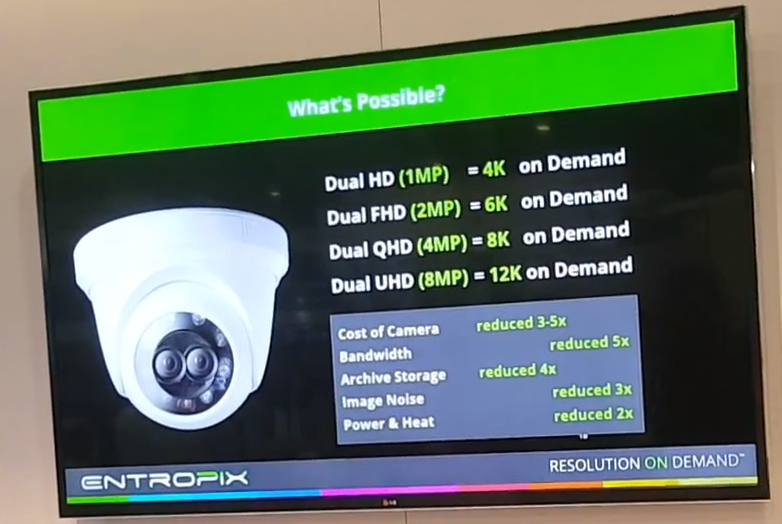 Despite that, i didn’t found anymore archivement they got from 2018. Maybe the idea is not useful anymore.

The technology is a type of super resolution application. It should take tons of work to prepare the training data 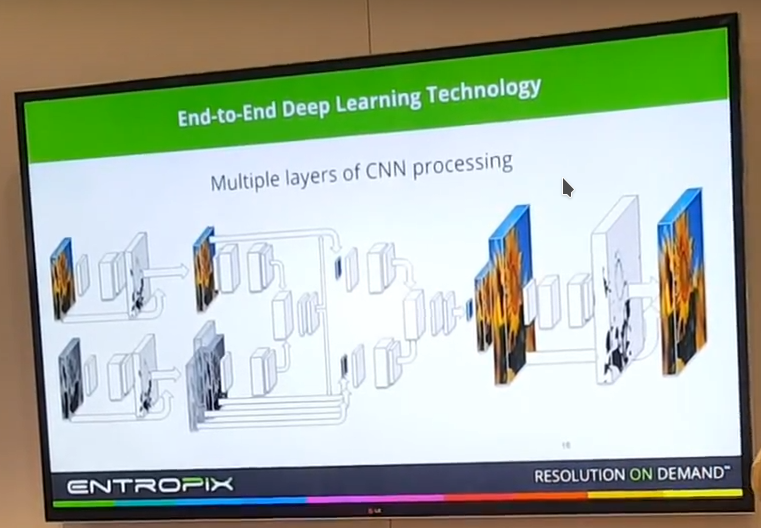 Their business approach is very bad.

As showed on their website, the Entropix technology can theorically help increasing the accuracy of several machine learning applications. Such as: text recognition, pedestrian surveillience, barcode recognition. So if they can choose just one problems. Then build and sell camera specified for that problem. I feel that it should be a hit in the market.

But they choose to provide their product as a SaaS. So you will let your camera connect to the internet if you want to use their product. And it also come with more operation cost and lagging.

In 2019, they’re pairing with Levono and other camera maker to deploy their product on the camera. Maybe they’re giving up on the SaaS thing and trying to make something that can be sold.

Suprisingly, from 2016 to 2019 (newest) their talk haven’t change anything. Maybe they already reached their technical peak.

I still remember the date when i worked for F…. company. At that time, i tried to use the super resolution to make the barcode more readable. And it failed badly. Looking at Entropix’s demo raise a big question inside me: which data they used to train the network so the barcode can actually become readable ?

If someone can show me some paper about this, then it would be a great help.