Some information i found when reading about a start-up name Adasky.

Some quick highlights of Adasky

Some highlights of their FIR camera **Viper++ : 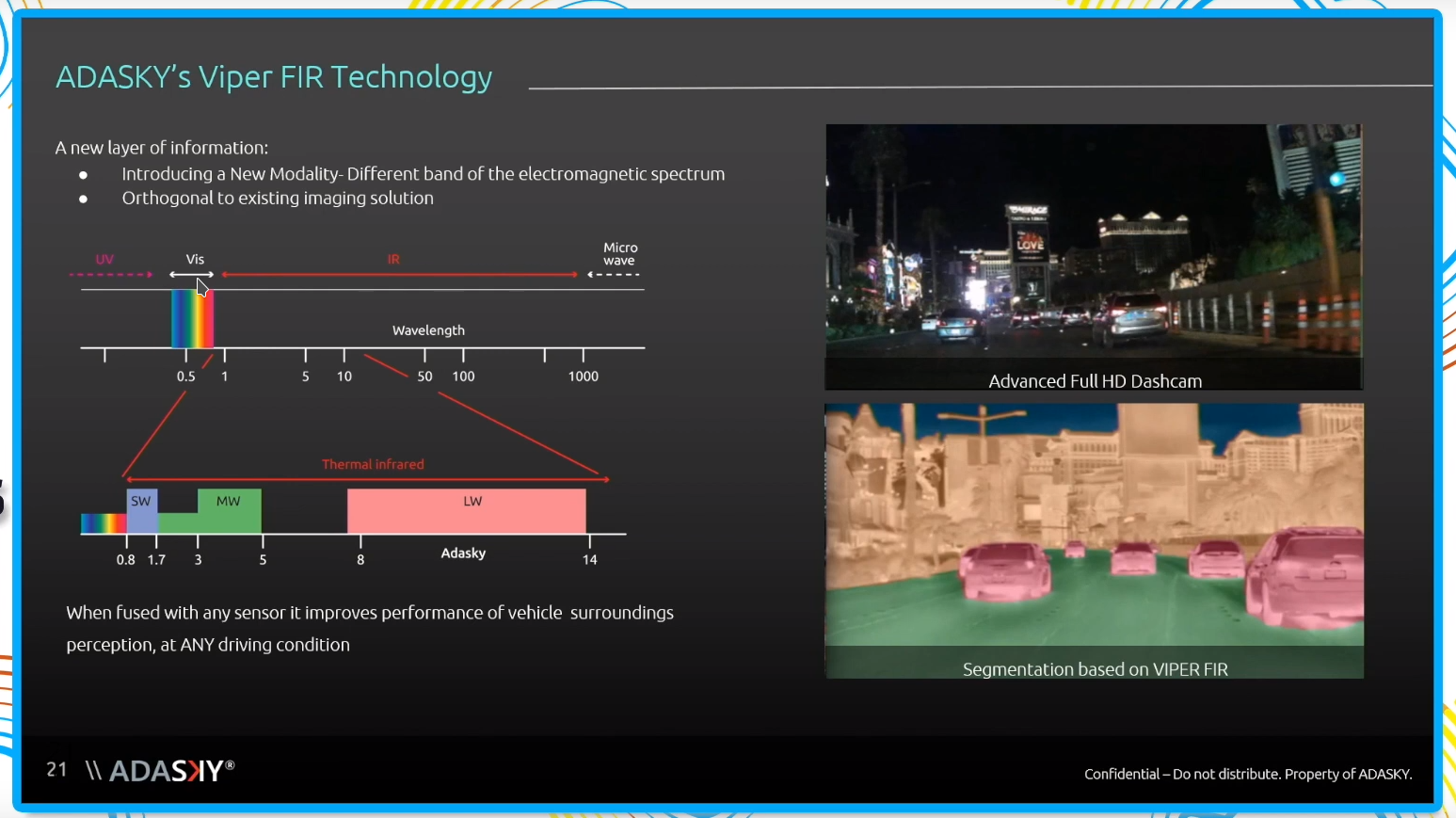 A FIR-based camera uses far infrared light waves to detect differences in heat (thermal radiation) naturally emitted by objects and converts this data into an image. As well as capturing the temperature of an object or material, a FIR camera captures an object’s emissivity—how effectively it emits heat.

Unlike other sensors like CMOS camera, radar, lidar FIR-based camera can capture object information at any weather and lighting conditions. 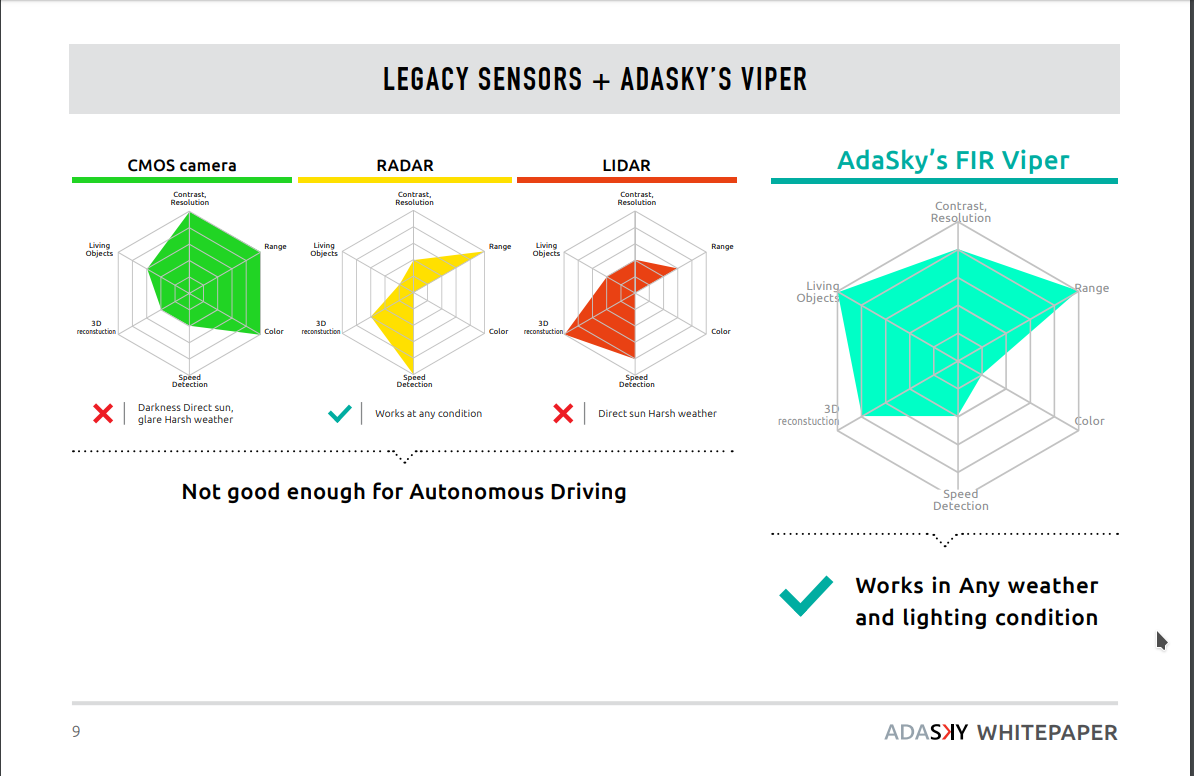 Based on adasky’s information, for autonomous vehical FIR-based camera has several advantages over other types of sensor. 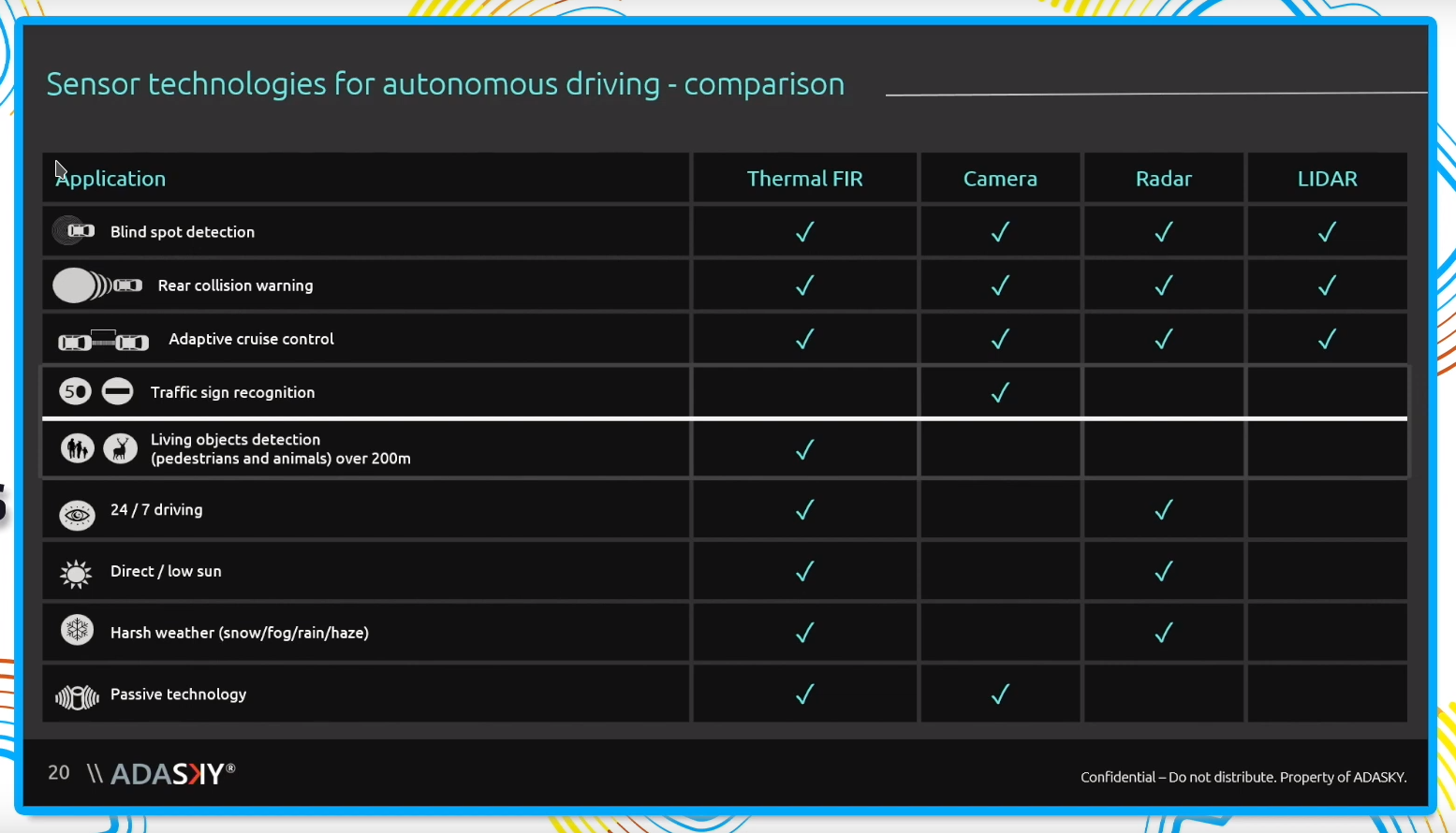 Adasky do design their FIR-based camera for mass production. By going through mass production, they hope their sensor can go to more reasonable price. From the graph we can see that, Adasky need to produce 5 milion units to reduce their price into 2000 USD/unit. 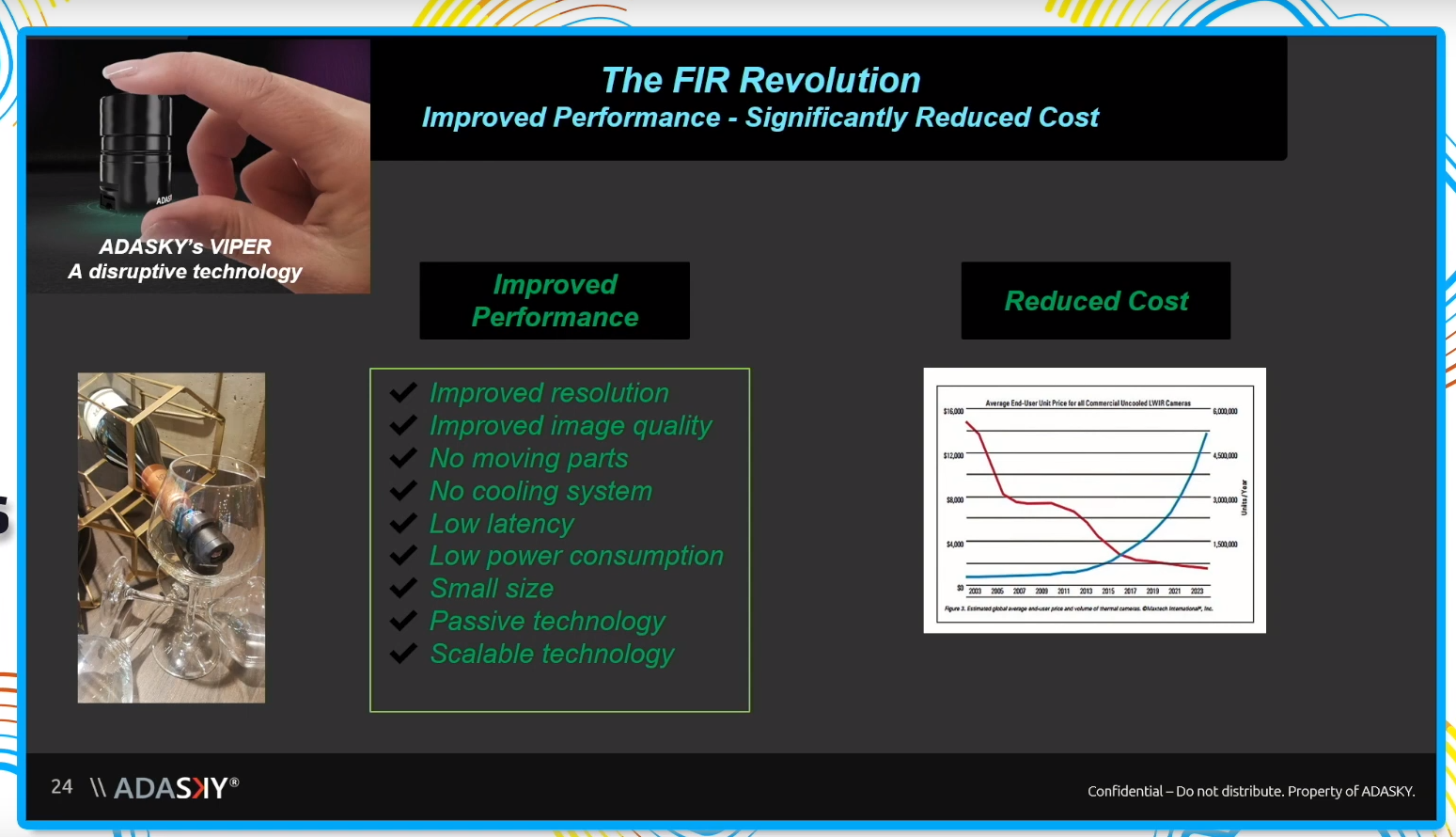 I also found other fir solution : autoliv, who do the exactly same thing.